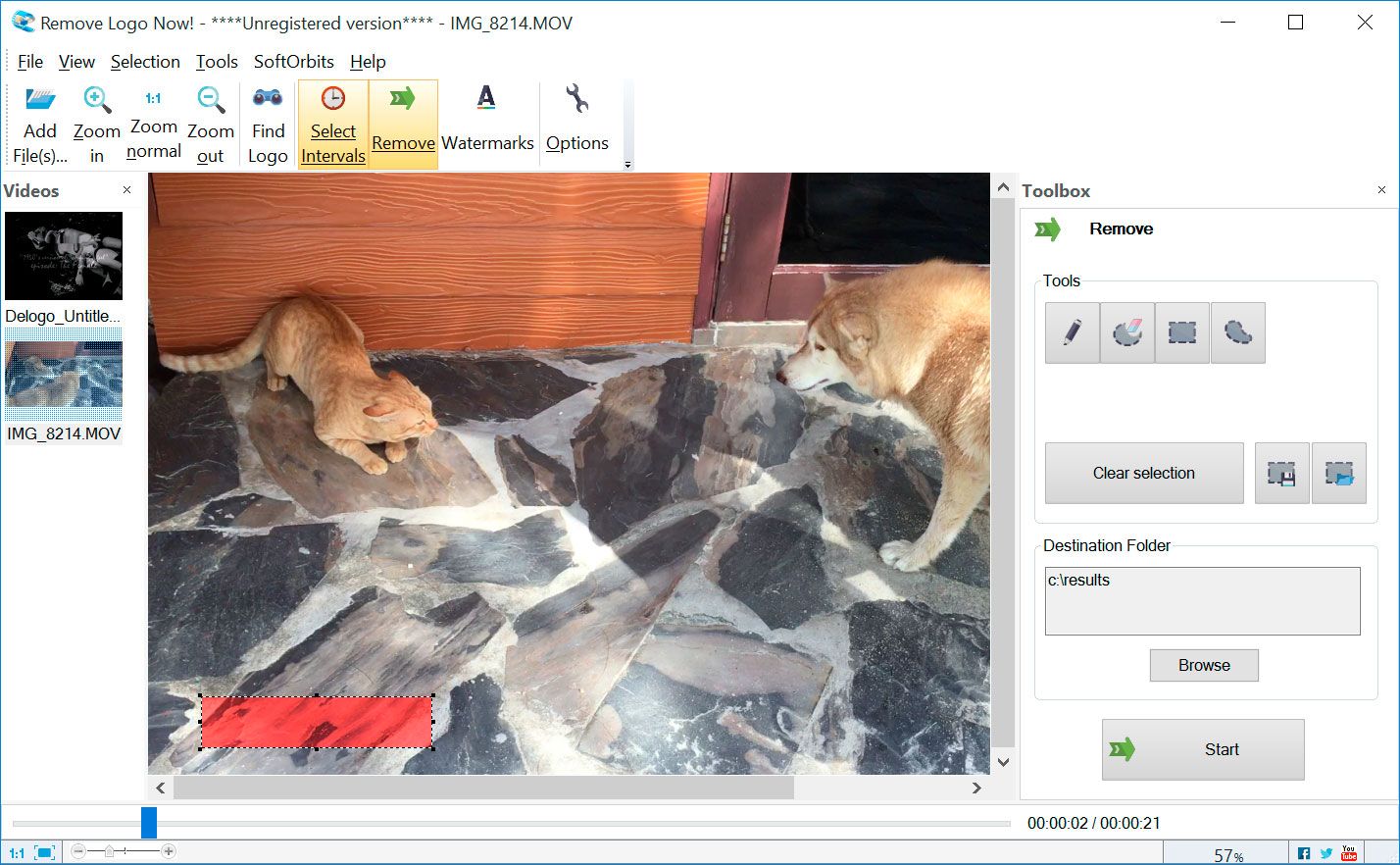 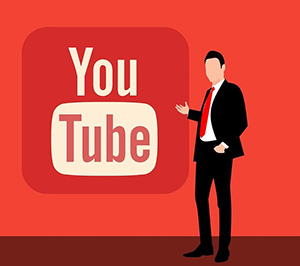 These days, there are watermarks on everything. Photographers use them to protect images and video companies will often use them in their demo software. But they can also be incredibly annoying, especially if you want to watch a video without it getting in front of your eyes! The good news is that video watermark remover software can help you remove watermark from video easily.

SoftOrbits Video Watermark Remover is a Windows software to clean up video clips from annoying watermarks, text overlays and channel logos. Remove Logo Now! will automatically process your videos to remove many types of watermark. This video watermark remover will successfully remove video watermarks of the following types:

How to Remove a Logo Watermark from Video

Removing annoying static overlays is the easiest job for video watermark remover. Remove Logo Now! automatically detects objects that remain static in video streams, engaging its artificial intelligence to carefully remove the watermark from the video stream and fill underlying areas with visual data interpolated from the current and adjacent frames. In most cases, reasonably sized static watermarks can be removed with no visible residue. To remove watermark from photos use our Watermark Remover. 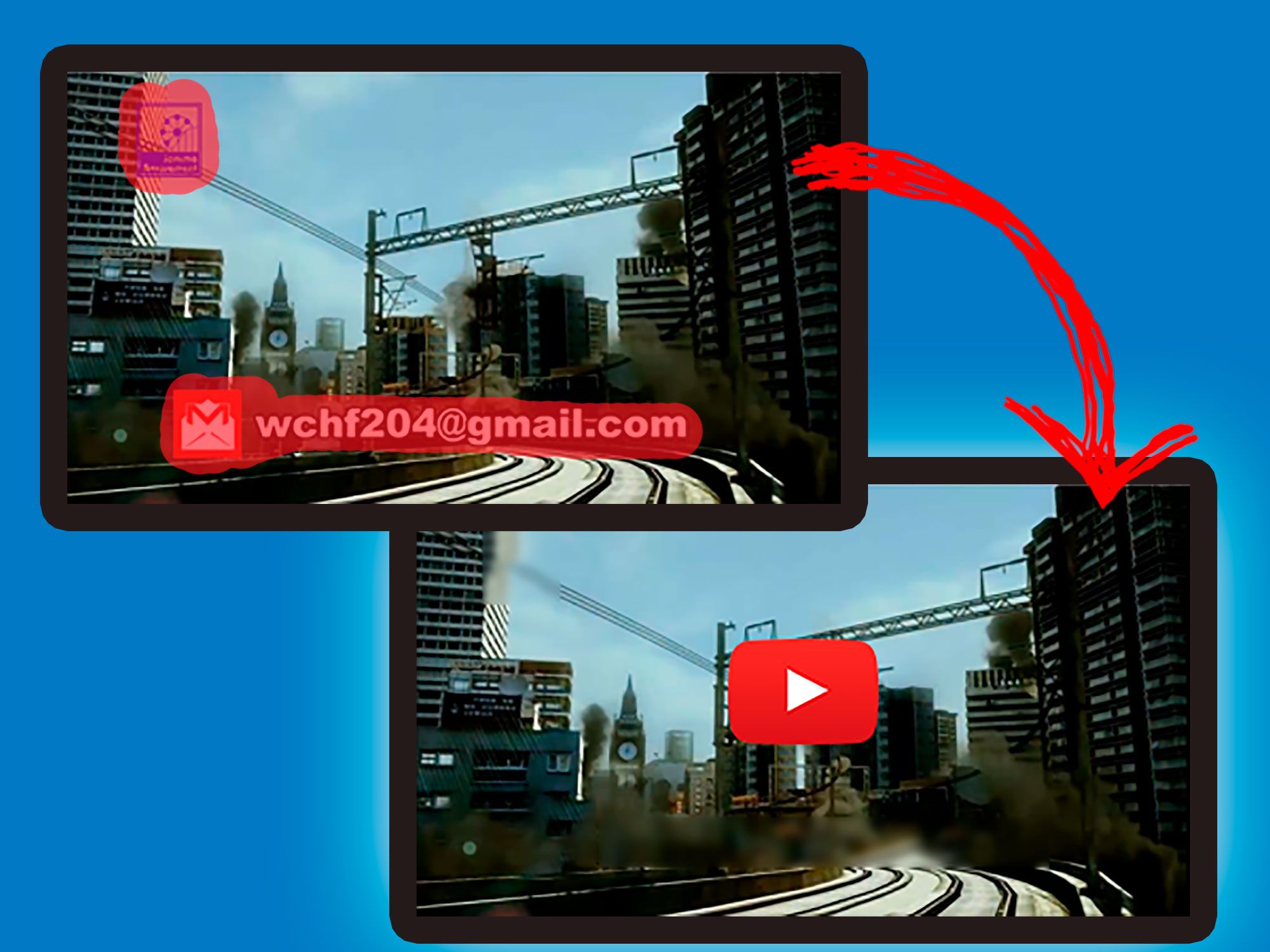 Many channels overlay transparent watermarks over broadcasted video streams. Removing watermark from video is nearly as easy as handling non-transparent static overlays. Similar to static logos, online video watermark remover can patch underlying areas so that no visible residue appears after removing the watermark from the video.

How to Remove Date and Time Watermarks from Video

Embedded date and time overlays were a feature in the past, becoming a major annoyance today. Often accompanied with running frame count, blinking recording indicator and other information, these objects are unwanted today and can be deleted with video watermark remover.
Remove Logo Now! video editor can automatically detect and remove date and time overlays. Since these are running numbers as opposed to being a single static overlay, you’ll have to specify the location of these overlays by selecting the frame with a mouse. Once this is done, watermark remover from video will take care of the rest to delete video watermark. 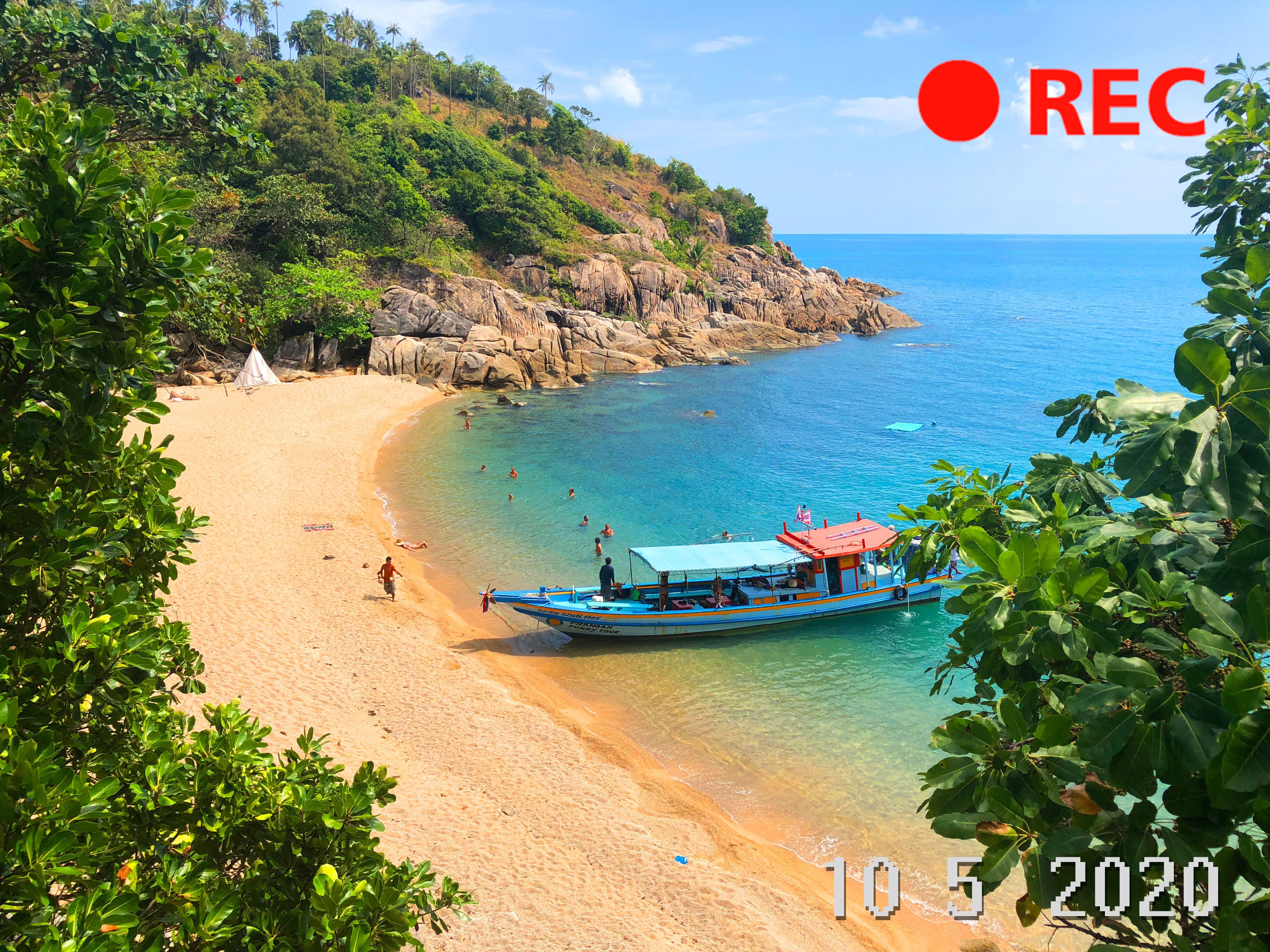 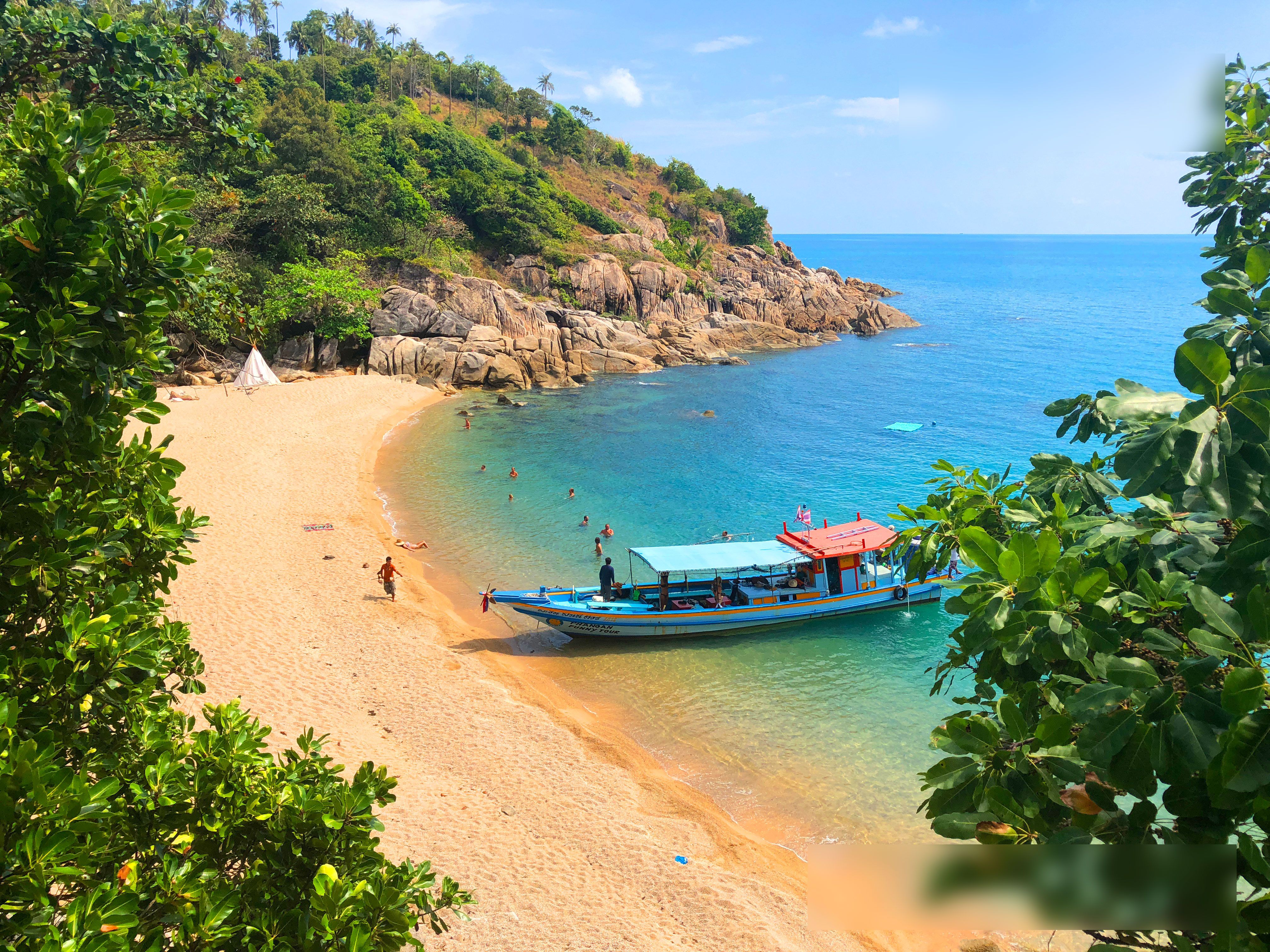 Remove Watermark from Video of Any Format

Why Should You Remove Watermark From Video?

There are a number of reasons why you might want to remove watermark from video or get rid of a logo. Here are some that you might not have thought about:

Maybe you’re currently demoing some video-making software but it’s inserting the company logo as a watermark on every single frame. It’s not only distracting but it doesn’t even allow you to assess the software properly.

Getting Rid of Your Old Watermark

Or maybe you have an old video and you’ve put an old watermark of your own on there. If you want to update it with your new watermark logo, you need to remove the old watermark from video first.

Cleaning up an Old Video with Overlays

Lots of old video recordings actually have a date and time stamp inserted automatically on some or all frames. On older video recorders, this was a much sought-after function but the problem is that the information can be distracting and can even obscure parts of the video.

Removing a Watermark from a Video Made with Demo Software

You might have purchased the software that you used to create a video but in the meantime you might have lost the saved files. This means that the video you made has their annoying company logo on every single frame even though you now own the full version of the video-making software. Remove Logo Now can remove Filmora watermark", remove TikTok watermark, remove Bandicam watermark, remove Kinemaster watermark

Using the Video for Other Purposes

Sometimes, you just want to remove a watermark on a video because you don’t like it being there or it’s going to interfere with what you intend to do with the video itself. Video Logo Remover may help you.

How to Remove Watermark from Video. A Step-by-Step Guide.

Once you have a video that you want to remove a watermark from, it’s time to boot up the video watermark remover software. Here’s a guide to using it:

Watermark remover from video terface that greets you is intuitive and doesn’t confuse with too many options. To remove watermark from video, you will need to add one or more video files to a queue to be processed. All you need to do is click the Add Files button at the top left of the software. You’ll then see all of the videos queued up on the left. 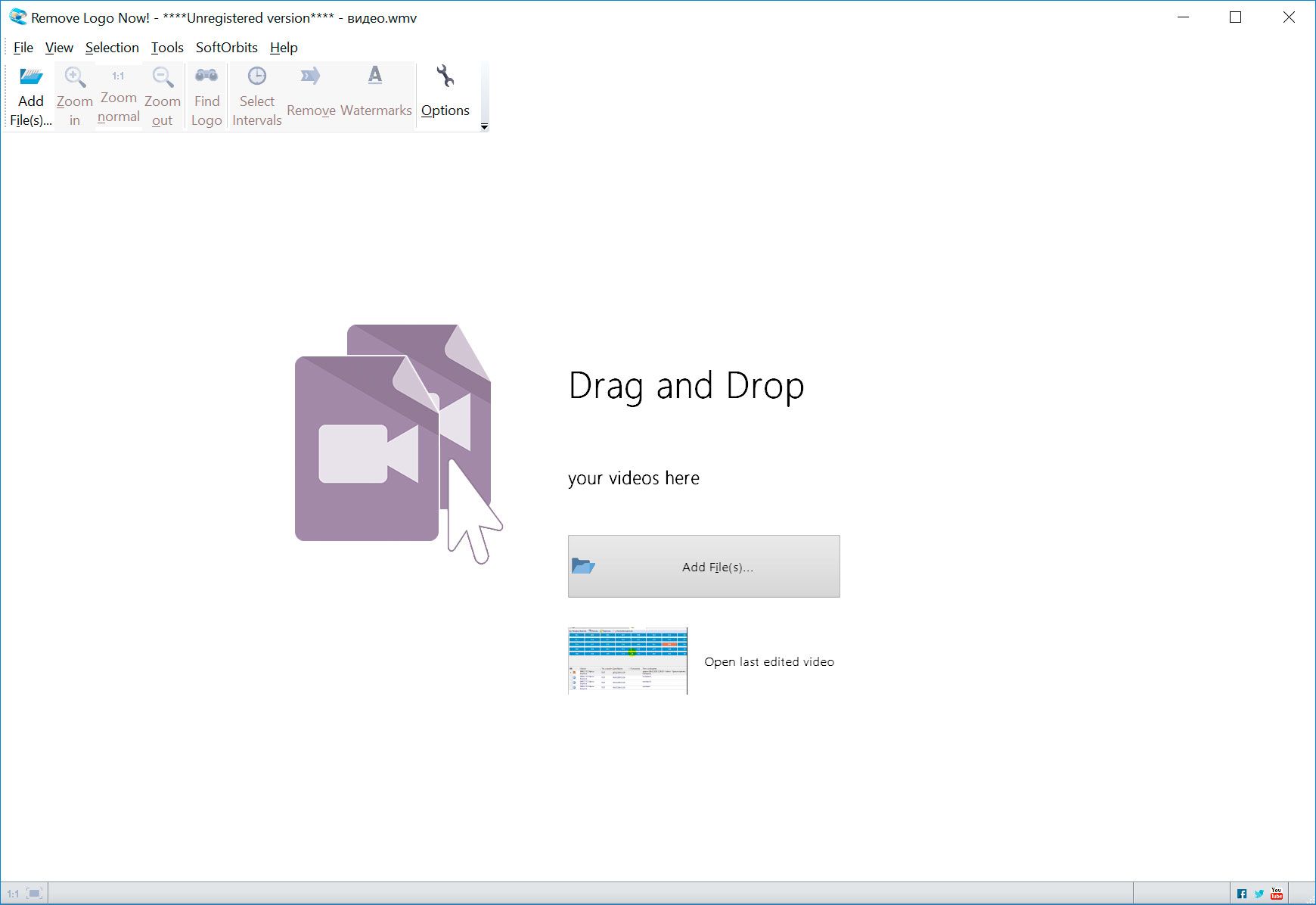 You can either let the software detect and remove the watermark from video by pressing the Find Logo button or you can zoom in and use the included graphical tools to select it yourself in order to help the video watermark remover software.

How Remove Watermark from Video

Now that you’re ready, you can hit the Remove button and let the software do what it does best. The watermark will then be removed from all of the frames automatically and the leftover space filled in by the smart-fill video watermark removing algorithm.

How Is Video Watermark Remover Software Useful to Get Rid of Watermarks?

In days gone by, you’d need to do some pretty complex things to try and get rid of embedded watermarks and logos. This might even involve a frame-by-frame digital retouching process. The problem with these methods is that they are bluring out part of video and can leave traces behind. These days, software to remove watermark from video can do it all for you.

Software such as this can do the following and also do it incredibly quickly and easily:

How Is the SoftOrbits Video Watermark Remover Special?

So why should you use Remove Logo Now? Here are some reasons why it’s so special and why it can do the job much faster than any of those older methods of removing watermarks from videos:

Imagine that you had to remove a watermark from video using unintuitive software that wasn’t really made for such a specialized purpose. One of the biggest problems is that tracks that this process leaves behind. 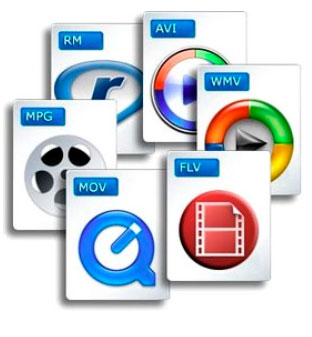 For example, you want to remove a TV channel logo sitting in the corner. It’s static on every frame, which makes it easy to identify. But the problem is that removing it will leave blank space on every frame where it used to be. It’s like erasing something and leaving the eraser mark behind.

Watermark remover from video deals with this problem very well. It detects the watermark to be removed and then analyzes current, preceding, and subsequent frames to automatically smart-fill the blank space left behind. Image data is interpolated using a smart software algorithm and then simply filled in.

There are lots of digital video formats and Video Watermark Remover can easily and quickly convert from one video file type to another. Once you’ve removed the watermarks from your video, it can be saved in one of a number of popular digital video formats. This means that you don’t need to use any other conversion software.

Even though some people are starting to question how useful they are, watermarks persist in both photos and videos. They can be distracting and annoying. Traditionally, they have also been difficult to remove without leaving some trace behind.

If you’re wondering how to remove watermark from video, the good news is that software can help. Remove Logo Now is smart enough to detect watermarks such as those old time and date stamps, TV channel logos, or even blinking REC signs. It will even fill in the erased parts left behind with a smart-fill algorithm.

❓  How to remove Old Time and Date Watermarks?

Many old video recorders had a feature where they automatically embedded time and date data right on the videotape itself. This little digital readout could be useful when identifying old family recordings, for example.

Just as old video recorders used to embed time and date marks on video frames, they also often inserted a little flashing 'REC' mark in red at one corner. These watermarks are not static and only pop up at intervals. This can make tough to remove watermark from video online for free using older methods. Perhaps one of the worst things about these watermarks is that they keep on blinking and potentially distracting the eye.

❓  How to Remove TV Channel Logos and Other Broadcast Watermarks with Video Watermark Remover?

Cable TV has always been full of these watermarks and they still persist today. You’ll usually see a static image in one corner announcing the TV or cable channel. These are often semi-transparent and can spoil an old broadcast that you want to digitize for posterity.

❓  Can I Remove Watermarks and Logos from Public Domain Images and Videos?

Sometimes, watermarks will appear on public domain photos or videos. Because these cases are in the public domain, there is no copyright attached to them and you can remove watermarks from this videos and photos.

❓  When an Author Deletes Their Own Watermark?

❓  Is It Legal to Remove Watermarks from Videos?

Certainly in cases of public domain or where the author wants to remove their own watermarks, it’s perfectly fine.
Watermarks are usually placed to indicate that someone owns the material. Removing it violates copyright, so it is wise to seek the permission of the author first.

❓  How Are Video Watermarks Applied?

Typically, watermarks on videos and photos are applied using software. This is usually the final step in the file rendering process.

❓  What File Types are Being Used for Watermarks on Video?

Many people will use PNG files with a transparency channel for watermarks. Video Watermark Remover provides the most flexibility, but other types, such as GIF or JPG, can be used.

❓  Can I remove Watermarks Added by Demo Software?

Demo versions of video editing software like Bandicam or Filmora will typically add a company watermark as part of their demo restriction policy. It is not legal to remove the watermark from video. You should purchase the full version of Demo software.

❓  How Are Watermarks Used?

A watermark is a translucent or opaque text or image that is overlaid on artwork, photos, or videos to protect them from being used and stolen by someone else. These are the basic functions of a watermark:

❓  Do you have online video watermark remover?

No. Most users use our Video Logo Remover software to process a lot of terabytes of videos. Doing that online will require a lot of traffic and server load. If you really need an online video watermark remover, please let us know, we will think about implementing it.