Do you need to deblur photos? Try our Software to Fix Blurry Photos for offline use! 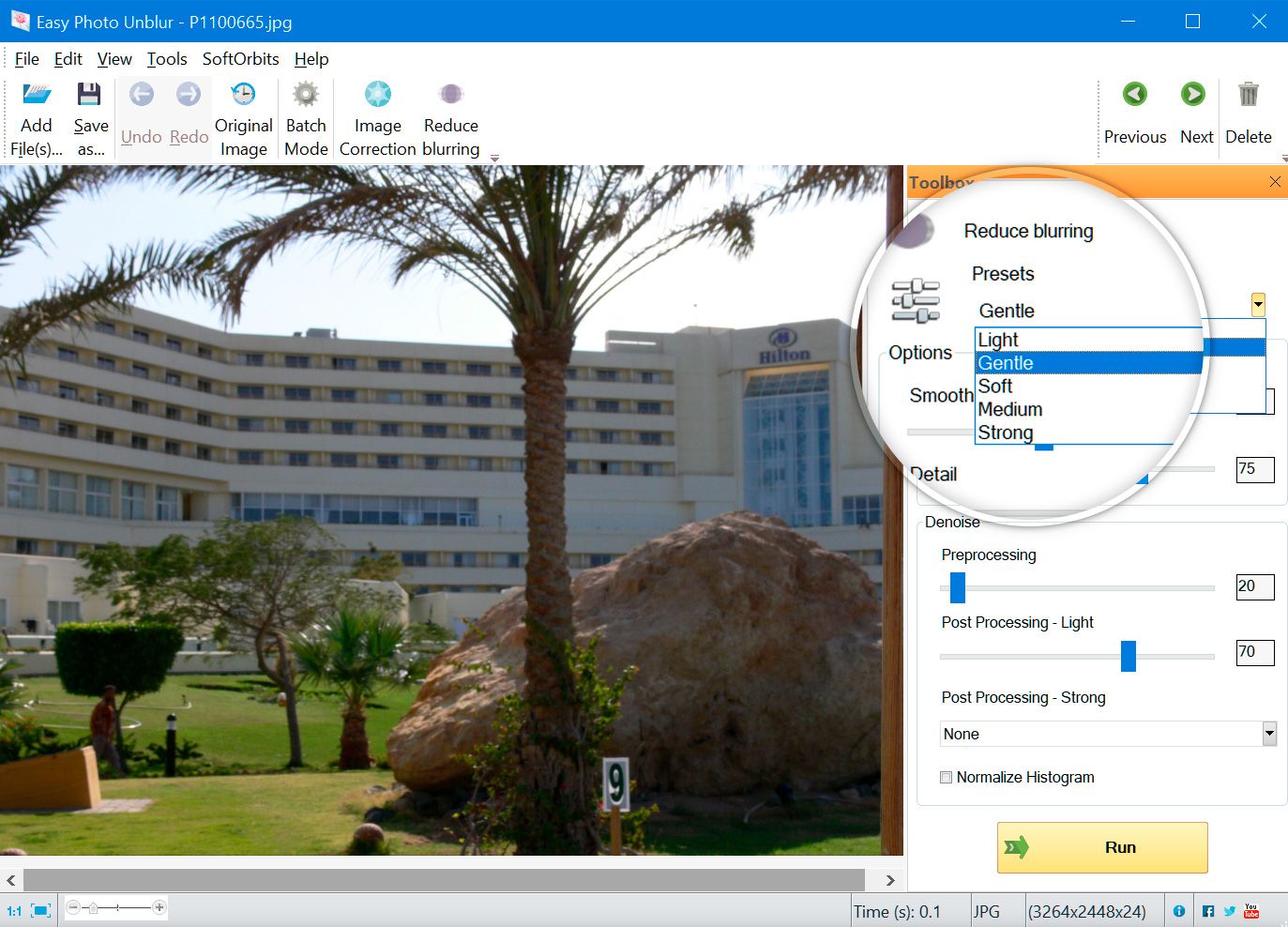 Don’t you just hate it when you take a photograph and find out that it’s blurry? Blurry photos can really put a damper on a fun night that you have immortalized through the lens. However, you need to know that there are quite a few tools out there that can be used to improve the definition of a photo and make it less blurry. Obviously, you can’t expect a blurry photo to become crystal clear, but you can definitely see an improvement.
Before we talk about how to fix a blurry photo, it’s important to understand exactly what causes a photo to come out blurry. One of the obvious causes of a blurry photo is a camera shake. If you are taking a photo and your hand isn’t still, there’s a strong chance that the photo is going to turn out quite blurry.
If you take a photo and think that it’s come out absolutely fine on the camera screen, you might want to consider zooming in a bit. 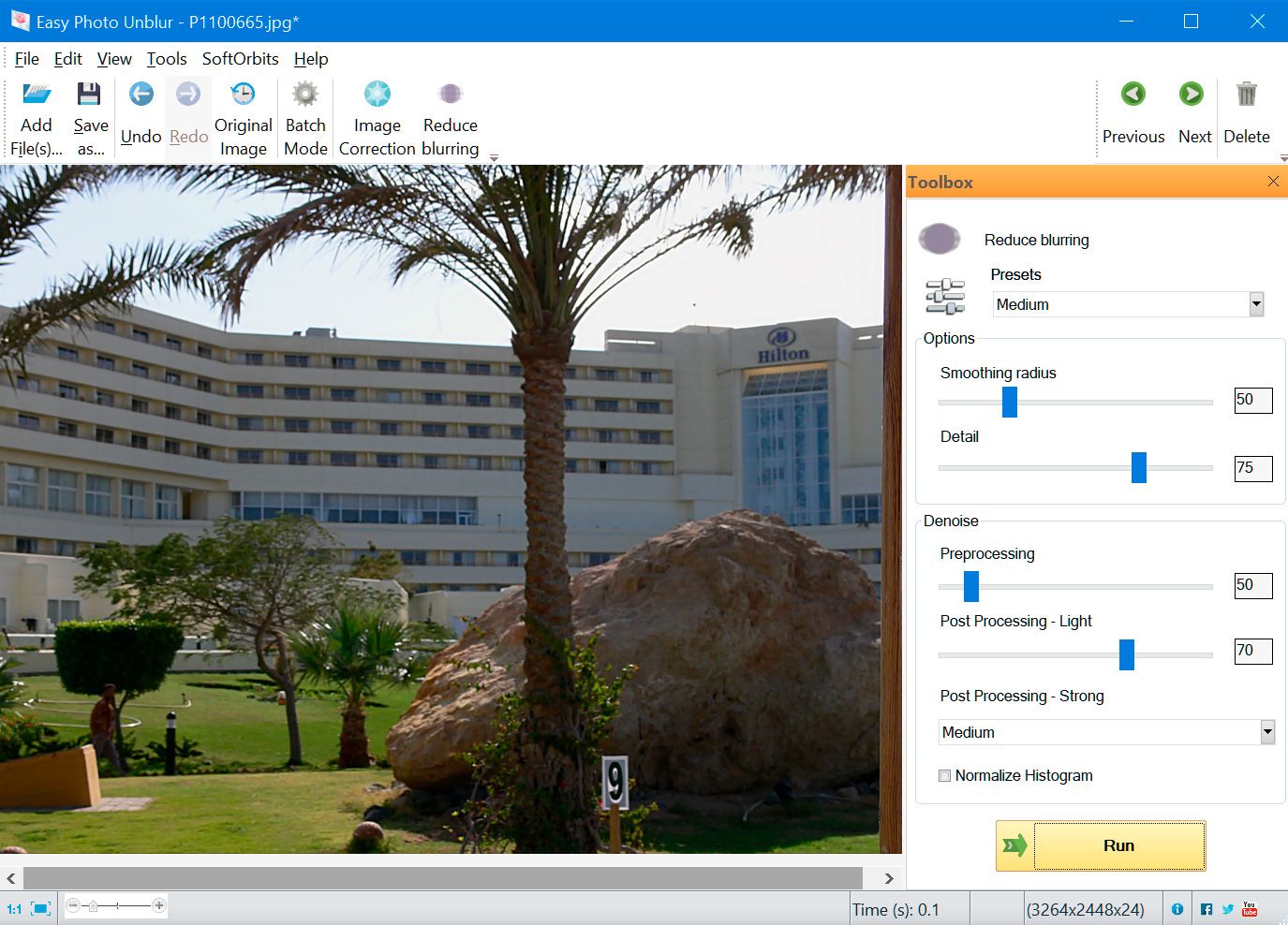 However, if you really want to correct an image and remove the blur without much of a hassle, one of the best software that you can unblur image is SoftOrbits Software to Fix Blurry Photos. Designed for photographers and the average person who just wants to capture memories, the program gives you an array of advanced technologies.
The Software to Fix Blurry Photos software is designed to fix all your blurry photos and to sharpen the focus on a misfocused image. It also allows you to correct motion blur and the shake on your camera. But, there are so many programs out there, so why should you use this one?

Isn’t it frustrating when you come home with the perfect photographs, open them up on your computer, only to find that they are slightly blurry, and as such, unusable? It’s one of the worst feelings in the world for photographers, especially those who spend long hours piecing together the perfect frame.
Instead of going out and taking a picture again, you can simply use a software to correct the blur. Many people are often apprehensive about using software to correct the blur from photographs primarily because it causes the photo to lose its original quality.

See the results of Software to Fix Blurry Photos 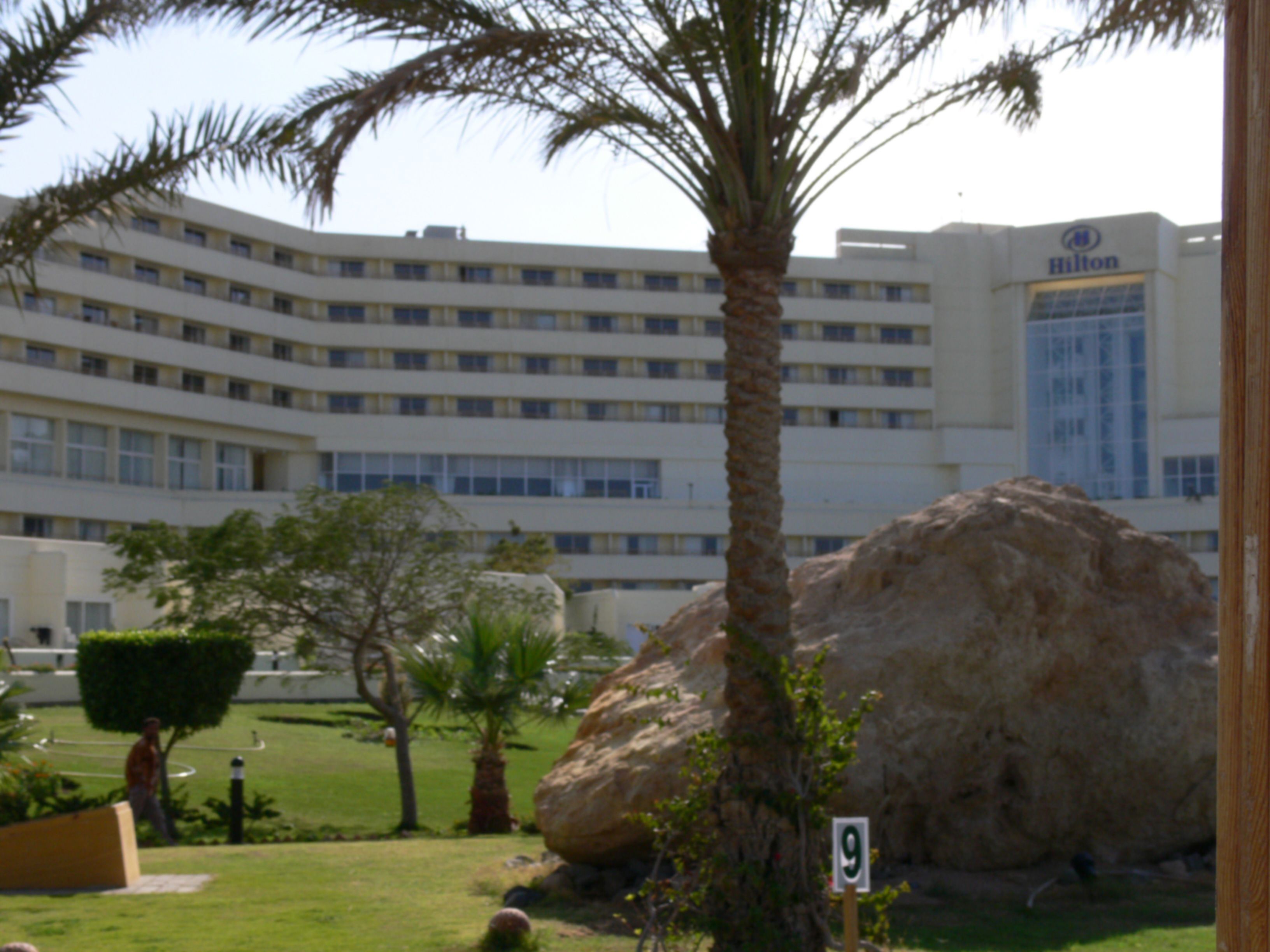 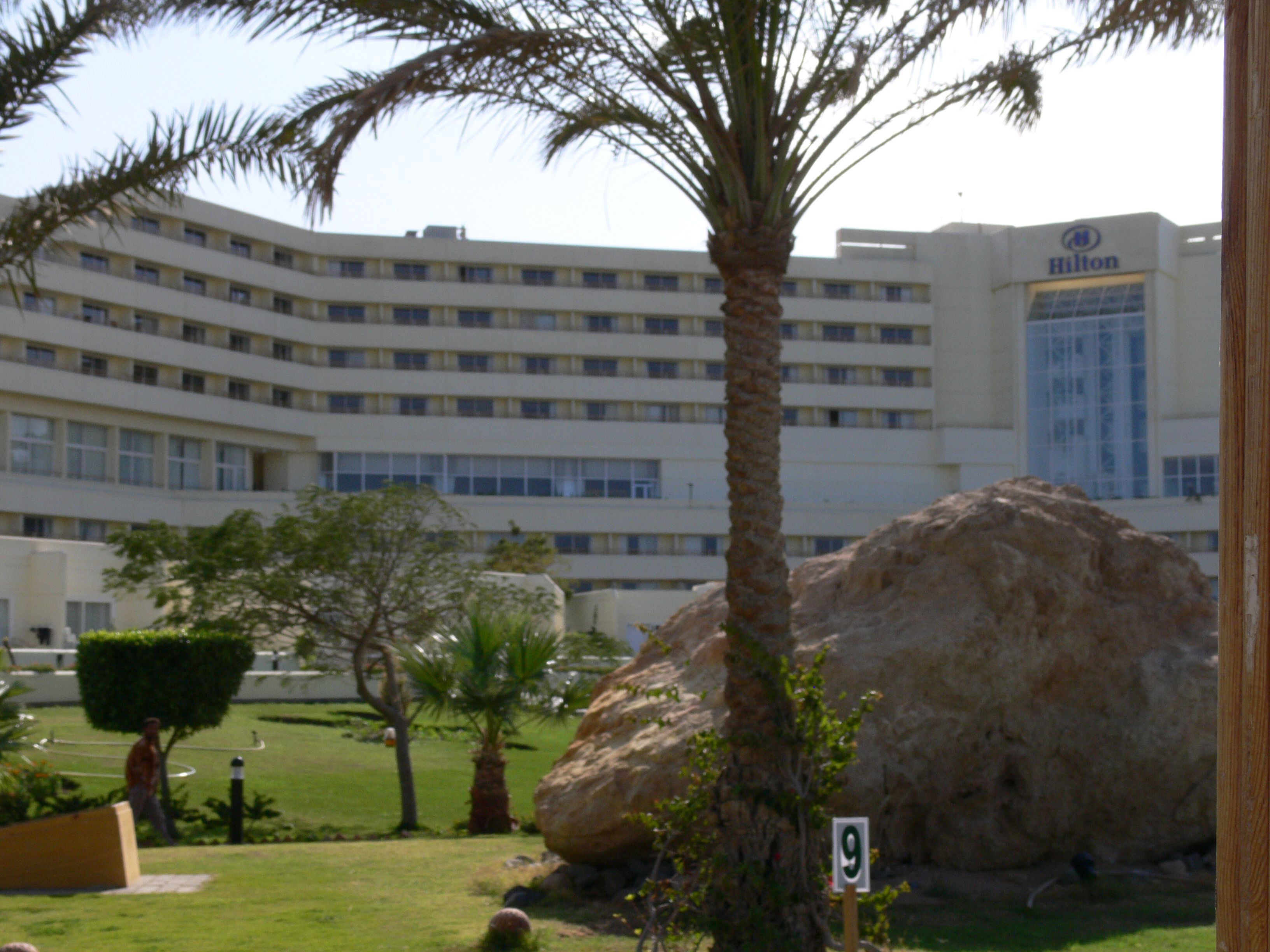 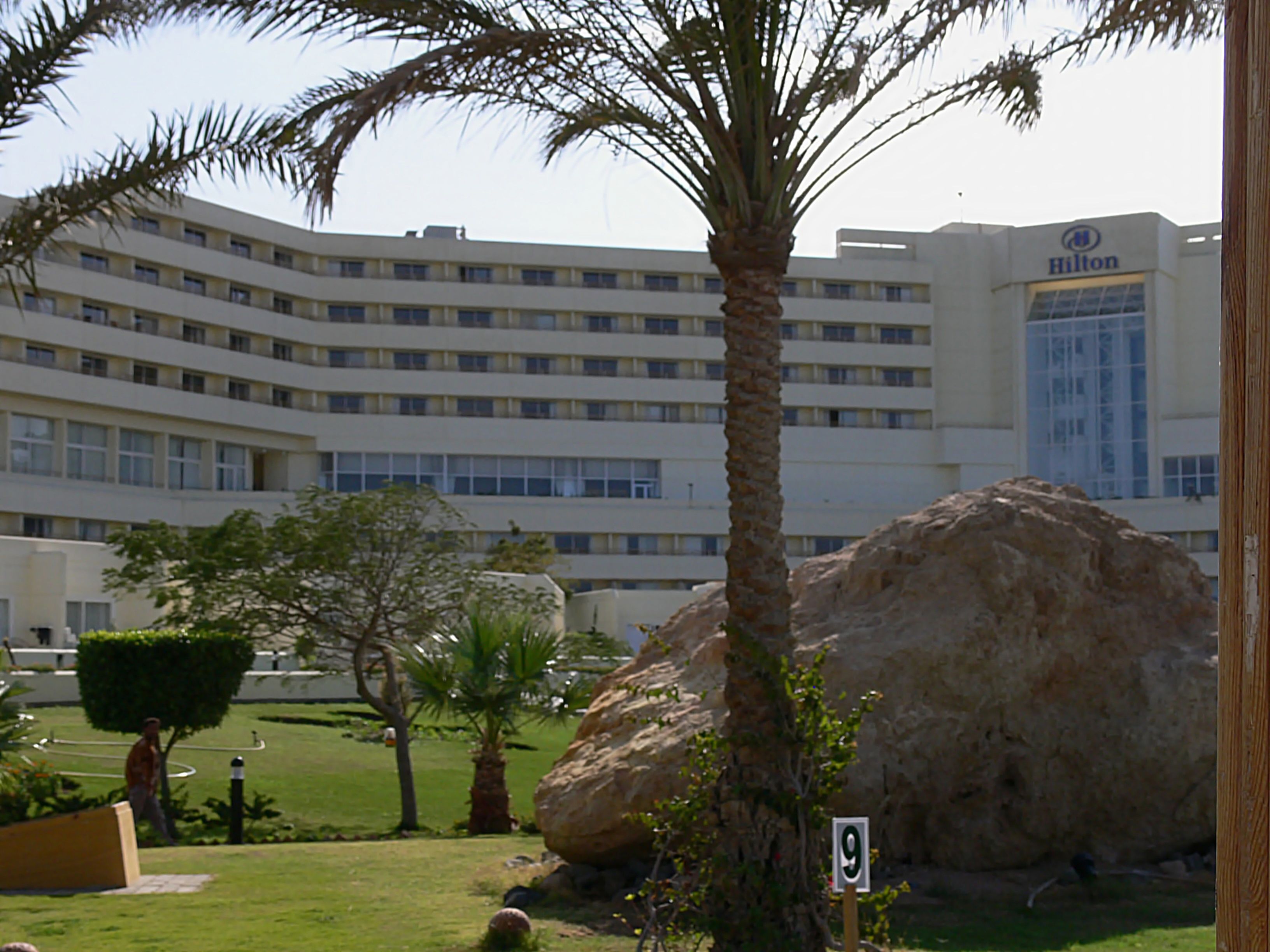 The 200% test, as it’s commonly known, is one of the most used methods to figure out whether a photo is blurry or not. If you can’t connect to a large computer screen and see how your photos came out, it’s recommended that you use the test. Simply put, you just need to zoom the photo all the way that you can. If you see grainy or blurry textures, you will know that the photo isn’t pristine or as clear as you thought.

One of the reasons why Software to Fix Blurry Photos is so popular amongst photographers and professionals alike is because it makes use of artificial intelligence to correct the photos. There are a number of complex algorithms working in the background that work to identify the subject and then remove the blur. When you upload the image on the program, the algorithms get to work to identify exactly what’s wrong with it, and then apply the fix.
Arguably the biggest reason why so many people prefer using this program is because of its ability to correct images with just a click. Instead of going through complex fine-tuning and making editions step by step, the program gives you the option of editing and improving the image quality in just a click.
If you just captured a unique moment and find out later that it is slightly blurred, you needn’t worry. Instead of throwing the photo away, you can just correct the image with the help of Software to Fix Blurry Photos. Retrospective focus options are also available in the program, allowing you to focus on exactly what you want.
Never worry about a missed opportunity with a program as intuitive as Easy Photo Unblur; it gives you complete control over your photographs and allows you to get clear, sharp images without having to compromise on the quality. 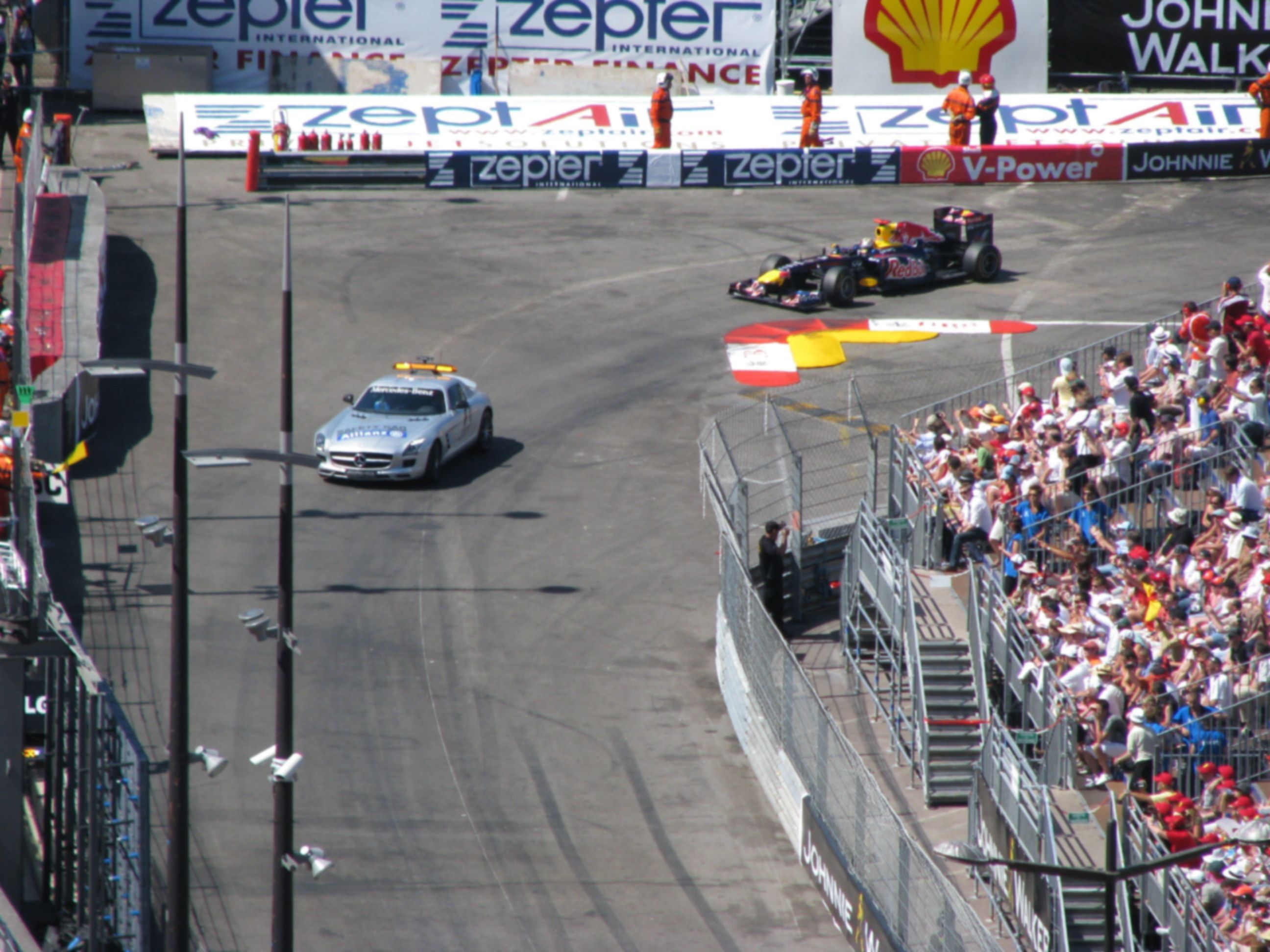 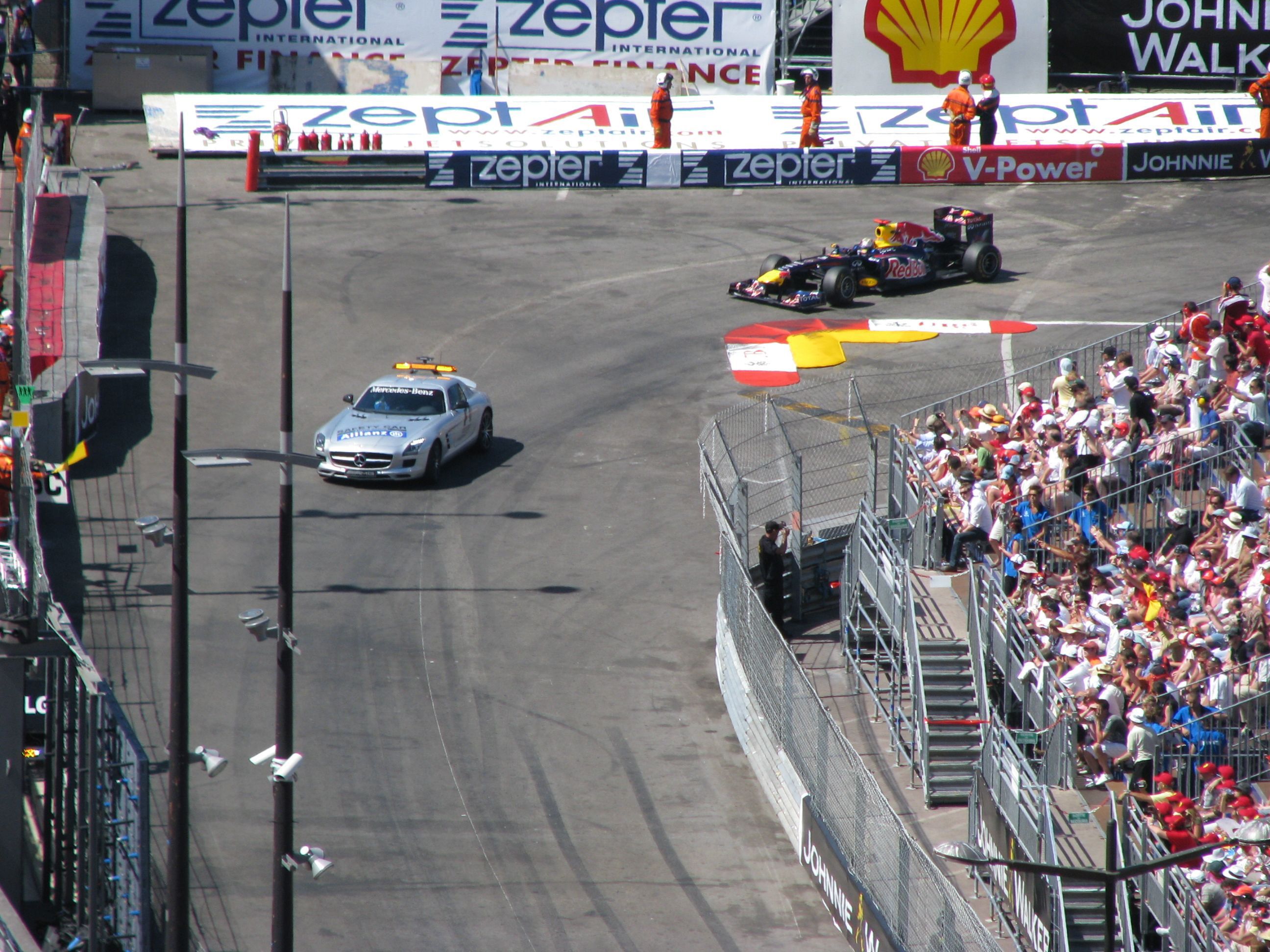 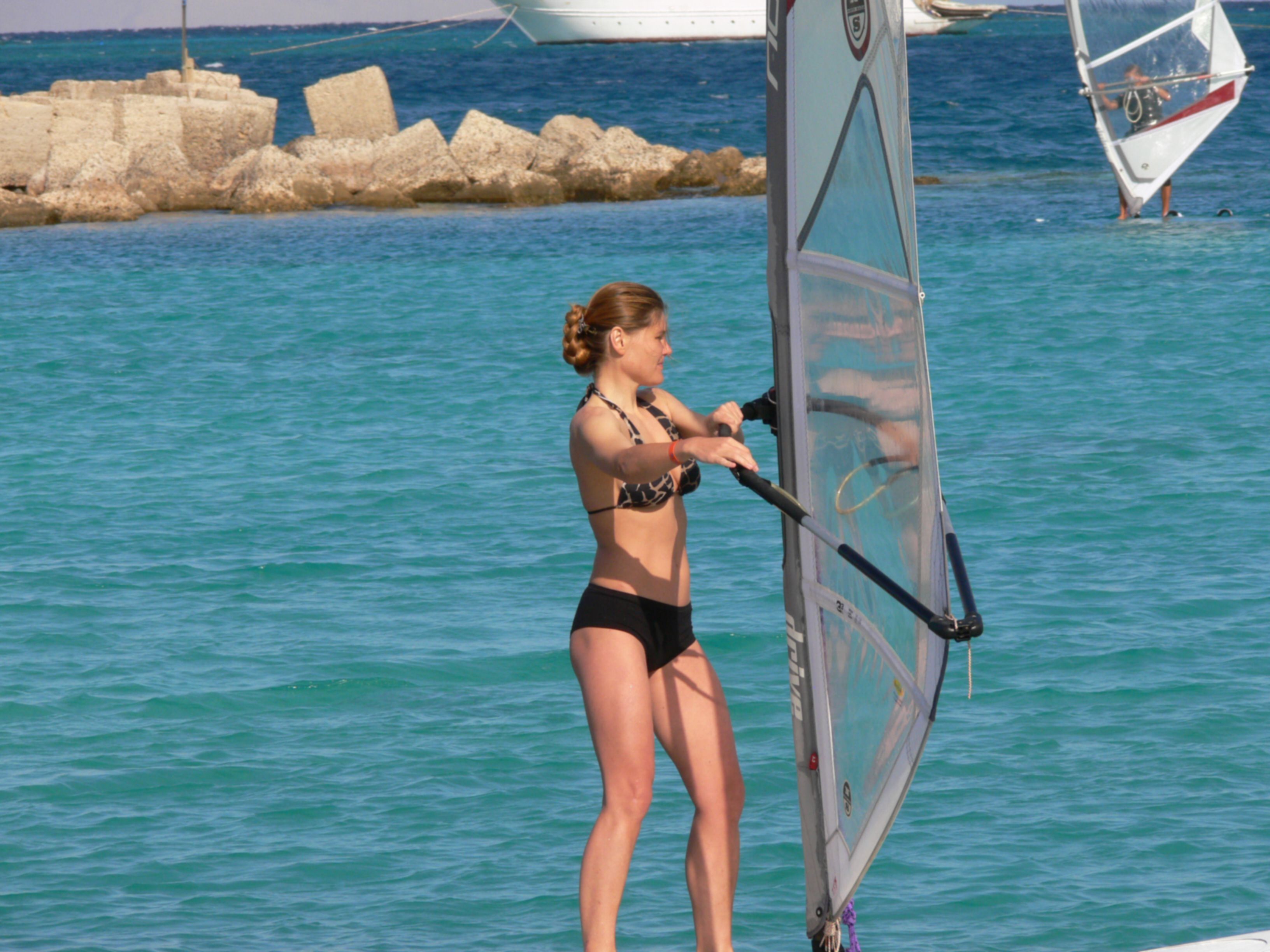 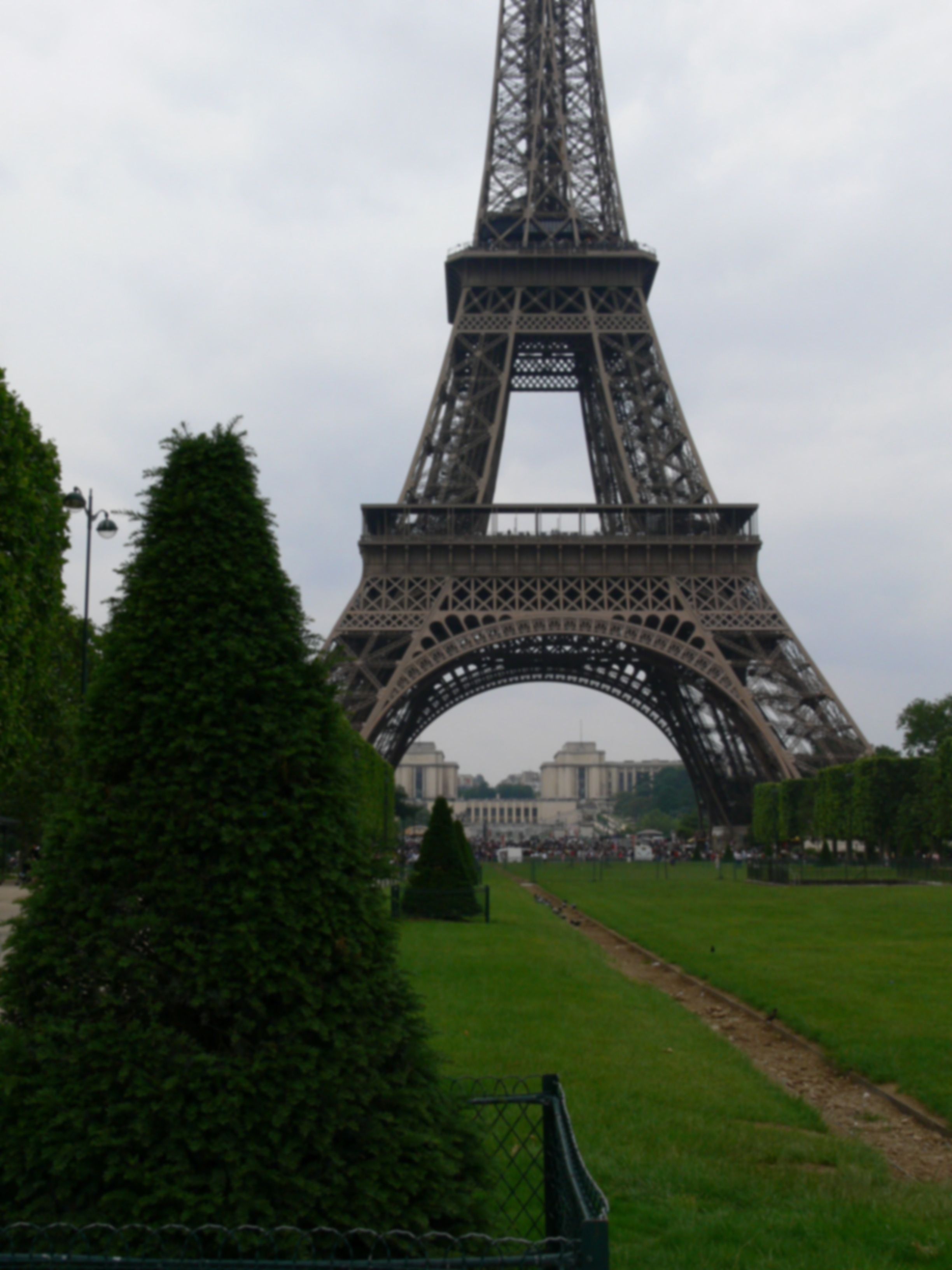 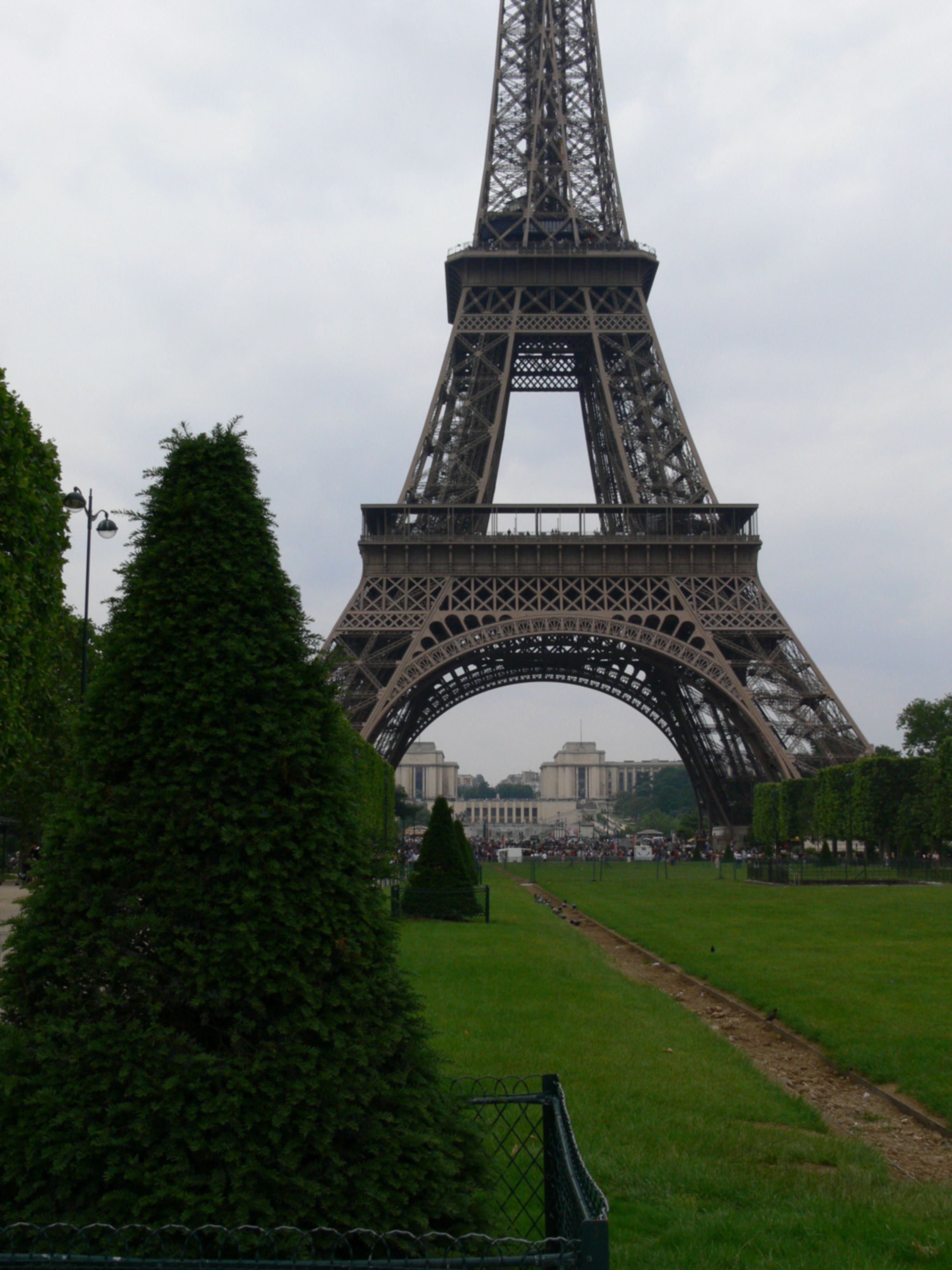 The most common reason for which a photo gets blurred is when the camera shakes ever so slightly. Despite the fact that there’s optical and electronic image stabilization available nowadays, there’s still quite a few photos that are ruined permanently because of a slight shake.
Fortunately for you, the best thing about such photos is that they are often the easiest ones to fix. With the help of artificial intelligence, the program is able to fix the shot. The process can be defined in the following steps:

How to use Software to Fix Blurry Photos (Tutorial)

When the photo is uploaded, it is run through artificial intelligence algorithms. This helps detect the exact shake pattern that caused the blur in the first place. 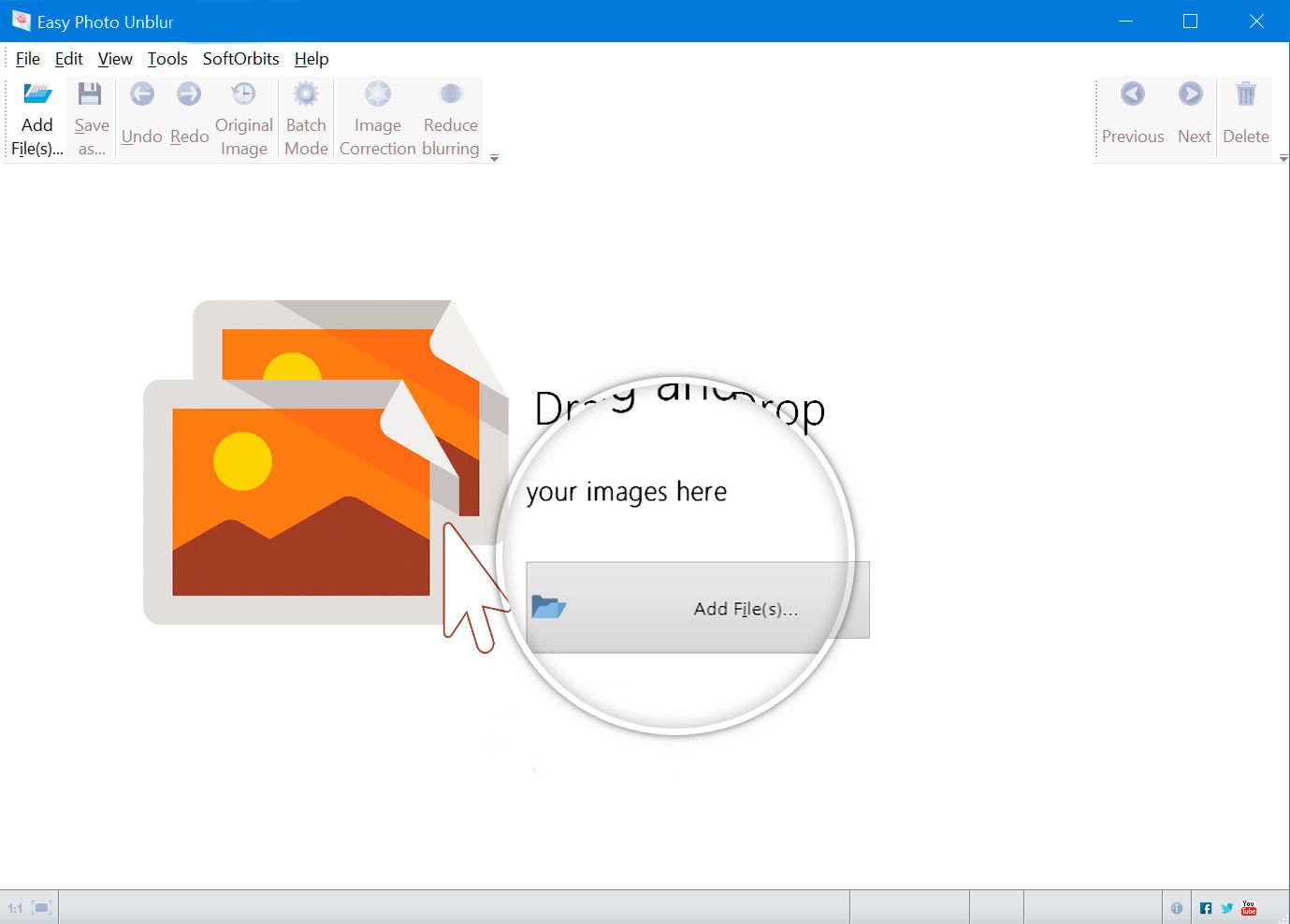 Use the Presets combo box in the Toolbox pane to chose debluring strength. Then click the Start button.

The algorithm carefully realigns the image to achieve a crisp, neat and clean look. If you want, you can always make more changes as you want because you will have a series of tweaks and sliders available at your disposal.

Use sliders to tweak the preset that works better for you photo. Click the Start button again to remove blur completely. 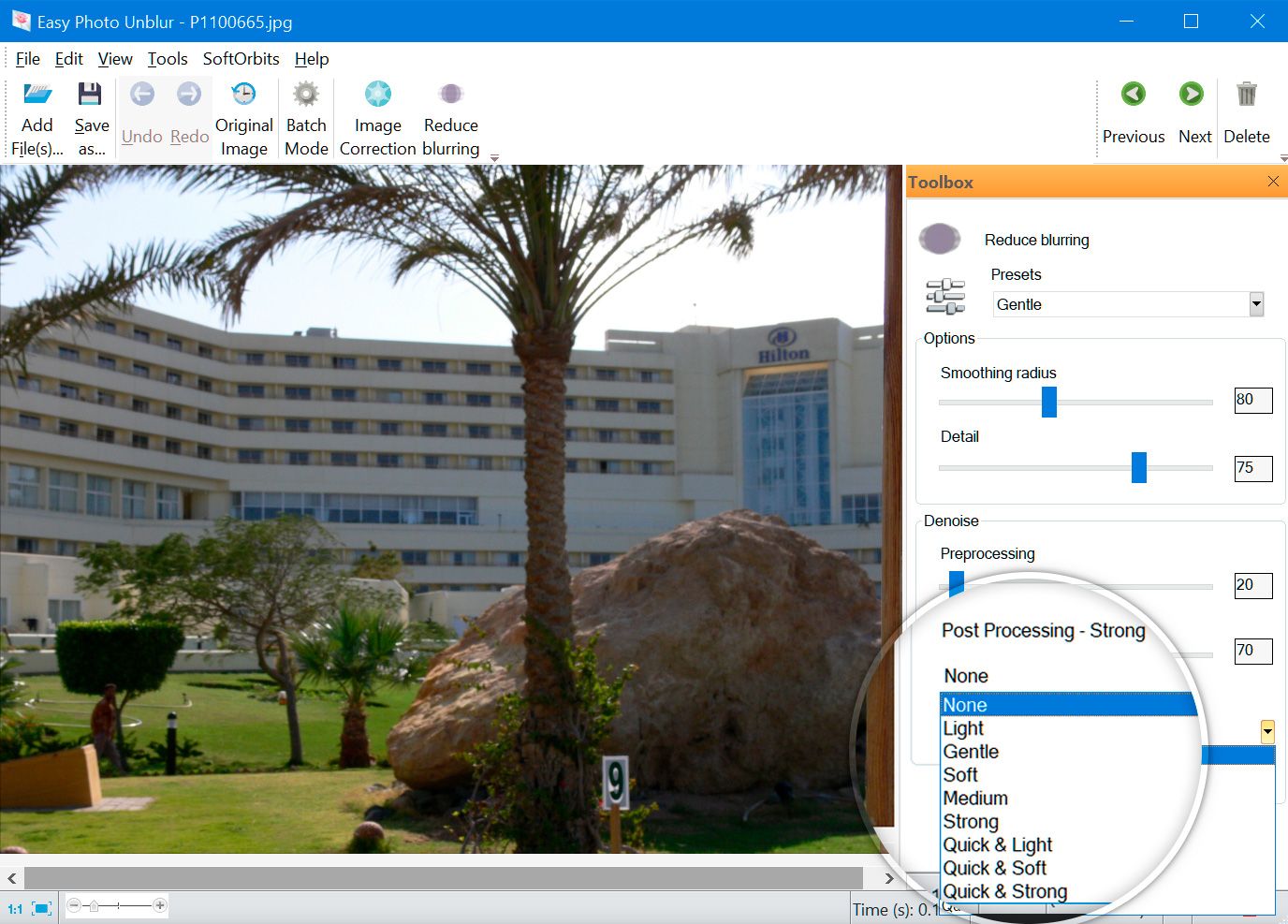 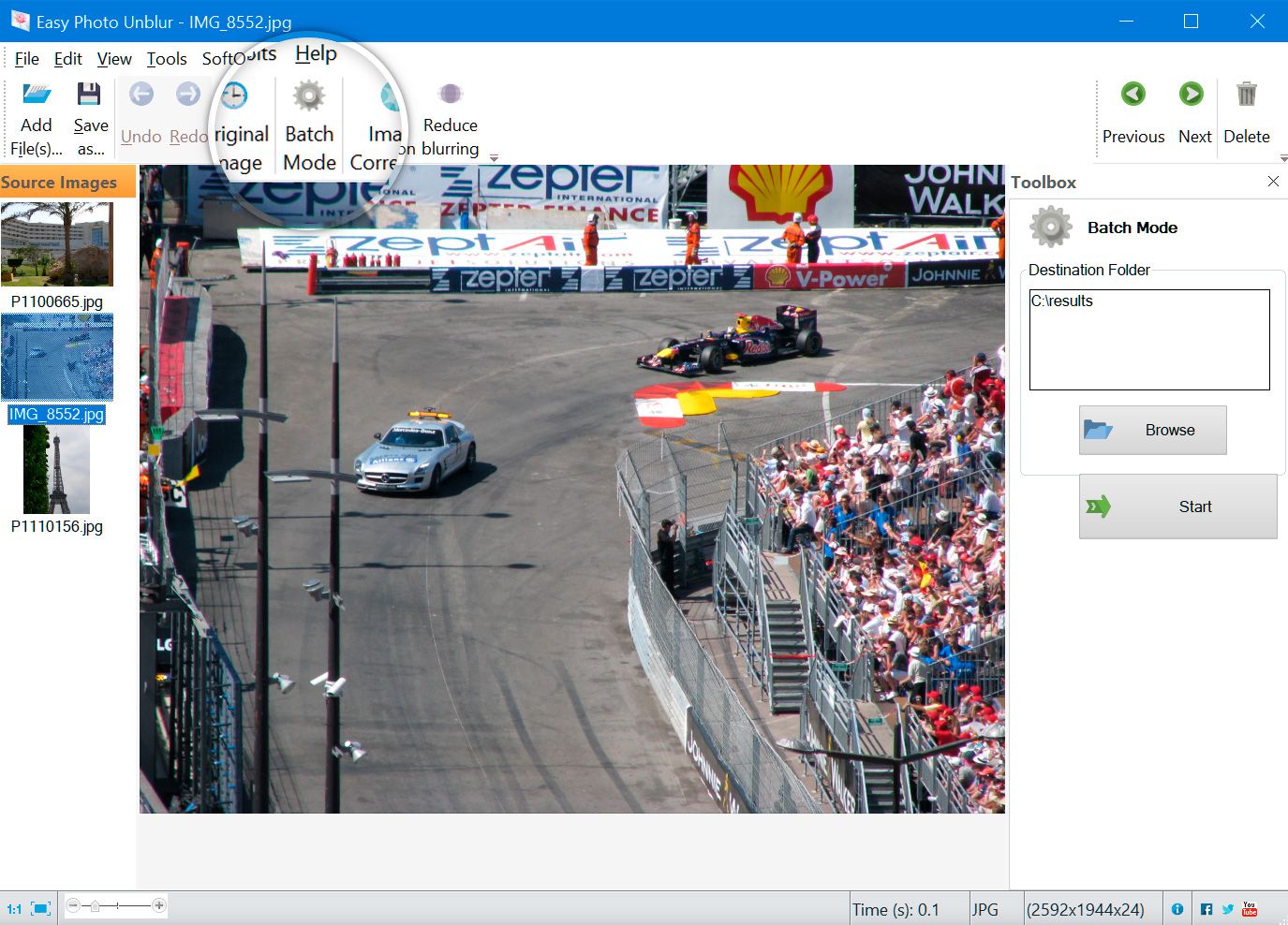 But, this program makes use of specific algorithms that were designed primarily to reduce the blur accurately. When the Unsharp Mask is applied, it also blurs out the whole screen. However, this isn’t the case with the tool; it only fixes the parts of the screen that have been blurred out.

How to Fix Motion Blur

Motion blur is usually caused when you move the camera very quickly in a particular direction. The lens is unable to receive the light in full and, thus, a blurred image is created on the sensor. If you are shooting an object with a longer exposure, there’s a risk that the object will be blurred. If the object moves while the shutter remains open, it’s going to get blurred.
But, instead of tinkering with complex sliders, the Software to Fix Blurry Photos is going to fix this for you without much of a hassle. In just a few clicks, you will be able to get the image looking as good as new.
Perhaps the best part about the program is that if you have a bunch of blurry photos, you can also correct them easily. The program also comes with a batch blur reduction tool, so if you have a series of pictures that are blurry and want to fix them right away, you should definitely consider making use of this program. You just need to adjust the basic settings, and then apply them on all the other programs. It’s one of the simplest ways to fix photos in batches without much of an issue. In one single step, you can easily fix hundreds of photos without any issue.

The artificial intelligence algorithm is incredibly powerful and is capable of identifying the problems with your photos and fixing them automatically. The program also comes with specific tools that can be used for cropping, resizing, and rotating pictures according to your requirements. With built-in controls for gamma, color temperature, contrast, and brightness, there’s really no limit to what you can do when editing your photographs. You even have the option of adding iris blur or miniature blur effects on your photos. 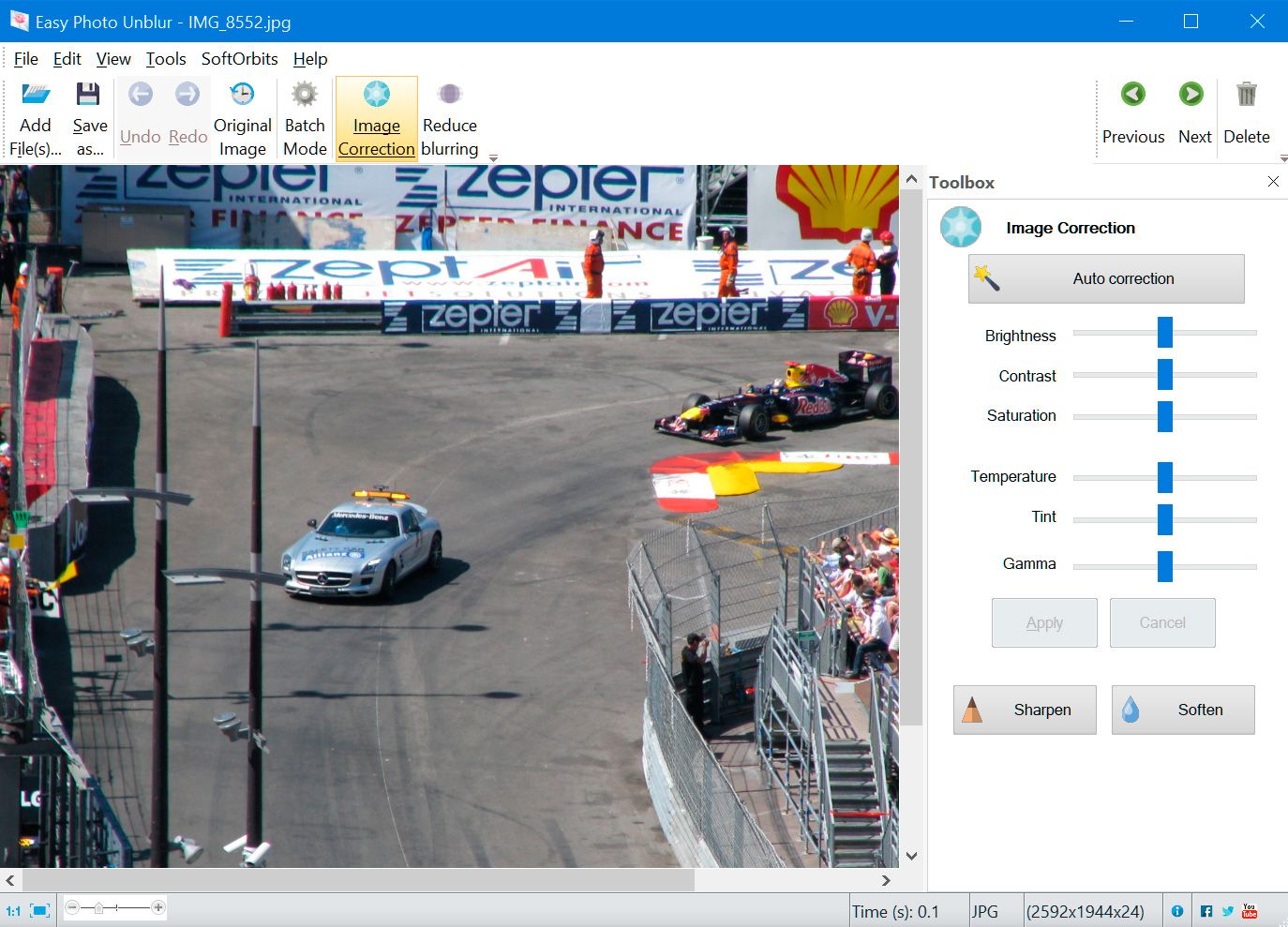 How to Avoid Blurry Photos

Prevent the camera from shaking

The simplest way to avoid blurry photos is to prevent the camera from shaking. It’s one of the reasons why so many people prefer using a tripod when taking photos. Make sure you place the tripod in a place that isn’t prone to shaking when you do. It’s recommended that you place it on a firm, even surface so that the photo comes out fine. If you are taking a long exposure shot, it’s important that you do not move the camera until after the picture has been taken and has been processed.

Another simple way to avoid blurry photos is to avoid setting up too high of an ISO setting on your camera. While cameras have the option of adjusting your ISO settings however you want, maximizing it may start causing issues, mostly related to blurry images. More light will enter the lens, which makes the sensor all the more sensitive.

Similarly, if you are using low resolution images, you are probably going to have to deal with quite a bit of blur. Low resolution images often start tearing when they are expanded on the big screen, and that’s a problem. When you are dealing with different kinds of images, it’s important that you only use high-res images.

Last, but not least, you need to make sure that you focus on the subject as well. If your camera isn’t focused directly on the subject, there’s a risk that the photo is going to come out blurry. The camera won’t be able to focus on the thing that you want it to, and the image will probably get blurred.

The basic causes of blurry photos can be summarized below:

1. The movement of the subject is very likely to cause the image to blur out (if the subject moves while the photo is taken, it will come out blurry).
2. Holding the camera improperly is also a common cause of a photo blur. Make sure you hold it firmly.
3. A dirty lens is also likely to cause a blurry image.
4. The depth of field of the camera must be adjusted before you take a photo, otherwise it’s going to cause a blur.
5. Internal vibrations are likely to cause the image to blur out as well.

❓ Can it Perfectly Remove the Blur?

❓ What About the Image Size of Deblurred Image?

If you are worried that the image size might increase when you run it through a blur reduction tool, you should know that there’s no noticeable increase in the image size. In fact, the images are perfectly reproduced without any major change in the size, thus, it doesn’t take much space at all.

❓ Can I Try it Before Buying?

Many people often have difficulty believing that such a tiny program is capable of doing so much. That is one of the reasons why the program comes with a free trial option, making it easy for you to give it a shot so that you can get a better idea. The reality is, the algorithms working within the program are the real star of the show, and as technology progresses, clunky and heavy programs are quickly being phased out.

❓ Are You Going to Release it for the Mac?

A lot of people are asking about whether the app is going to be released for the Mac or not. The company is pleased to announce that an official application for the Mac is already being worked on and will be released soon.

The program gives you a slider that you can use to adjust the blur on it as much as you want. If you think that the excessive correction is going to affect the picture quality, you can simply undo it by moving the slider from the left to the right.
Download for Free